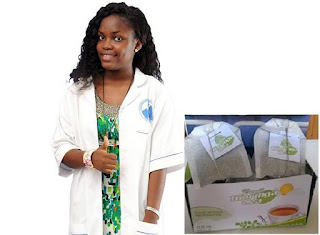 Begin your weekend with this amazing beauty+Brains woman..Her name is Zommi Vanessa 24 years old  Co-founder of Emerald Moringa Tea.Holder of a Bsc. Degree in Chemical Engineering.Vanessa is one dynamic young woman who saw the shocking number of people who were dying of diabetes and decided to do research and help solve the problem in her community she then founded Emerald Tea.Emerald Moringa tea is  made from Moringa  Plant which has more than 40 antioxidants and the plant can solve more than 50 diseases.Due to her her hard work and dedication she has been recently nominated for the Anzisha Prize and is among the 12 finalist from over 400 entrepreneurs choosen around Africa.The Anzisha Prize seeks to award young entrepreneurs who have developed and implemented innovative solutions to social challenges or started successful businesses within their communities.The  12 finalists from across Africa will win an all-expenses paid trip to South Africa to be a part of a week-long entrepreneurship workshop and conference at the African Leadership Academy campus on the outskirts of Johannesburg.  The grand prize winners, selected from these finalists, will share prizes worth $75,000 USD (which is about45,792,500cfa)So while her friends are attending parties and well doing much to enjoy their youthful age as Buea ladies turn to act,this way,this young lady here is looking for a cure for Diabetes!I  am so proud to be Cameroonian when i see people like this.. Click on the link to support this young woman and read her entire bio after the jump  VOTE VANESSA FOR FAVORITE FINALIST ANZISHA 2315

1.      1 I am Zommi Vanessa, born on the 26th October, 1995 Graduating student from the Catholic University Institute of Buea, with a Bsc degree in Chemical Engineering. I am the CEO and Cofounder of the Emerald Moringa tea company which produces Moringa Tea aimed at reducing the blood sugar level hence a potential antidiabetic treatment.
2.      2 I am the CEO of the Emerald Moringa Tea and so I work in the production unit of the company. Academically, I await commencement in December for the award of Bsc degree in Chemical Engineering in the Catholic University Institute of Buea.
3.     3 I started my entrepreneurial venture in the year 2013, when I was in my Sophomore year of undergraduate studies, as an entrepreneur and female leader I have always wanted to impact my community positively so on doing research I found out the shocking reality’’The WHO research estimates 190 million people suffer from diabetes in the World and that by the year 2025 this number will double to 330 million’’.In Cameroon at least 10% of the population have or are at risk of having diabetes. The drug used in managing diabetes which is Insulin is costly, not natural and not readily available for the poor. So I started doing research to bring an alternative cheap, readily available, natural  way of managing diabetes and I fell on the Moringa Plant which has more than 40 antioxidants and can help treat more than 50 diseases diabetes inclusive so I decided to make a tea out of the plant which will be easily consumed cheap and help serve the purpose. I founded and produced my First ever Emerald Moringa Tea.
4.     4 I have always have a passion for production specifically discoveries of new things in the production zone and that’s why I carried out my last internship in  Source Du Pays S.A in Muyuka in the factory and so I decided to pursue my entrepreneurial venture in the production Zone.
5.       5 My Vision is to see a healthier and happier Africa because of the virtues of Emerald Moringa Tea in their life.  To attain this vision I have objectives to increase the Cameroonian tea drinking culture from 5% to 40% by the year 2025.To be the legitimate brand of tea in Cameroon by the year 2017.To get 1000 ambassadors of my tea and the fight against diabetes by April 2016.
6.       6As every entrepreneurial venture risk and fear is involved. I faced some very tough challenges at the beginning which made me almost give up, because of inadequate finance to increase production unit I was afraid my project was going to fail but after winning the Ashoka  grant of 1000usd I was able to move on, Managing a team and inspiring confidence in team members is not easy and very challenging but I made my team members to understand that for us to attain our goals we need to build a spirit of cooperation and not of competition and with this in mind everything is moving on smoothly.
7.       7Well as a young entrepreneur, many times people saw me to be crazy and told me it will never work but I believed in myself and I was determined to rise so I rose. As a woman many men under looked me and try to put pressure on me to persuade me not to take the right decisions but I always believed in my guts and I knew No amount of pressure or hatred on me could make me deviate from my vision. As an entrepreneur it was tough to manage my education and entrepreneurship but I was blessed that my university was an entrepreneurial one so I could draw a time table so I could manage both though it was not easy.
8.           8For young women having the entrepreneurial mindset and still reluctant in getting started I will start by saying it is harder if you don’t try and if it does not challenge you it won’t change you .We are in the 21st Century where to an extend women are given right to education, economic and political rights to make it in Life. We women should not stay and complain but act in a way to empower ourselves for I strongly believe it is a woman who will change the World and so we have to start acting now.
9.             9Already, It is a great opportunity for me taking part in this interview and I will recommend it to many others .I strongly believe in the power of a female leader, for I know one day gender equality will be establish not because we are talking and fighting for it but because of the works many young women will do in changing the World. We have a continent to build, we have Lives to Save. Africa is the future. ACTION NOW!!!
Thank You
Posted by MsBangz at 5:38 AM

For Adverts and Inquiries 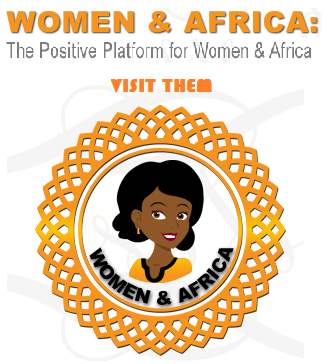 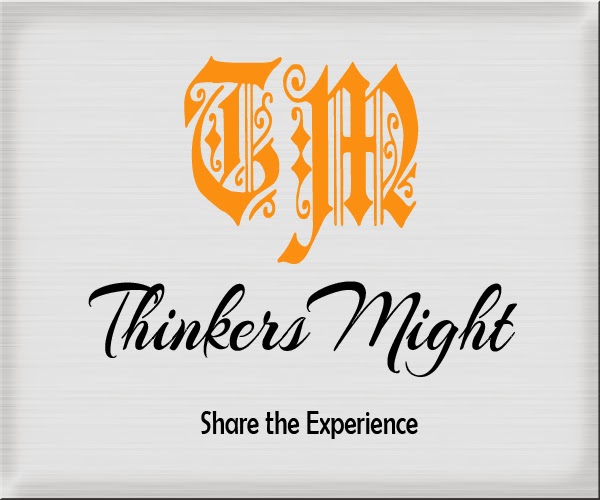 Think and Amaze the World